The Depth of Your Surface

It's Deep How You Can Be So Shallow

Up Where We Belong

Jeremy Glogan’s most recent exhibition "A Dream Away From The Bad Dream" (At After the Butcher, Berlin 2006) consisted of 10 figurative paintings, each depicting the artist’s wife. While this emphasis on domesticity, and an intensity of attention to representational technique, is replaced here by abstraction, the concerns remain consistent. Making use of tactics of diversion and contrivance, these works are part of an ongoing engagement. If Glogan seems to be pursuing a question, it is this: what elusive qualities are at stake in the act of painting? In "Both Here and Over There" acrylic paint is applied to the canvas with a mix of freedom and control; one moment - no holds barred, the next - utter restraint. The palette varies widely. Drawn marks are often added, in this case using paint mar- ker, creating a distinct layer above the paint. These paintings owe a debt to Roger Hilton’s inebriated "informel" paintings in oil and charcoal of the 50s and 60s. They also evoke a sense of moment that owes much to Barnett Newman. Glogan is drawn to a dynamic form of temporality in Newman’s images, as vertical lines tear momentarily through fields of colour, and the very fact of painting seems to relate to time. Yet the interest here in Newman goes further than this. One of Glogan’s consistent points of reference for the past decade has been Jean Francois Lyotard’s account of the contemporary sublime. For Lyotard, the sublime offers a space of resistance to the force of capitalist modernity, an unstoppable machine enabled and enforced by a total control of knowledge. Newman’s moment embodies an evasive state. In resisting that which can be known there is a possibility of resistance to this form of knowledge as regime. Another consistent element in Glogan’s practice is the possibility of a correlation between the artist and the dandy, as descri- bed by the critic Carter Ratcliff. In Ratcliff’s account, the dandy wishes to appear outside the social machinations of cause and effect. Ratcliff writes that Manet’s brush "imposes a touch of inconsequentiality, a subtle but defiant pointlessness". Accor- ding to Ratcliff, there is in Manet’s brushwork a calm arrogance that produces a blank. This is suggestive of an attitude worth attempting, a subjective blankness akin to the icy silence that follows an unfunny joke. Here, silence and blankness are assig- ned a critical potential. The dandy’s unfunny joke opens a void in the fabric of the social, to be filled with the force of his will. Despite these preoccupations, Glogan is aware of the traps and pitfalls that lay ahead of an artist so explicitly and consistently aware of theoretical approaches to practice. There is a resistance to theory here, as much as there is a resistance to a domi- nance of image, or singularity of technique. The works in "Both Here and Over There" are sited amongst a constellation of references, commitments and investigations. In favouring the possibility of misunderstanding, or even of blankness, Glogan is staging an understated but intricate enquiry, the limits of which extend far beyond the limits of the painted surface. Dr. Dan Smith, Senior Lecturer Fine Art Theory, Chelsea College of Art and Design 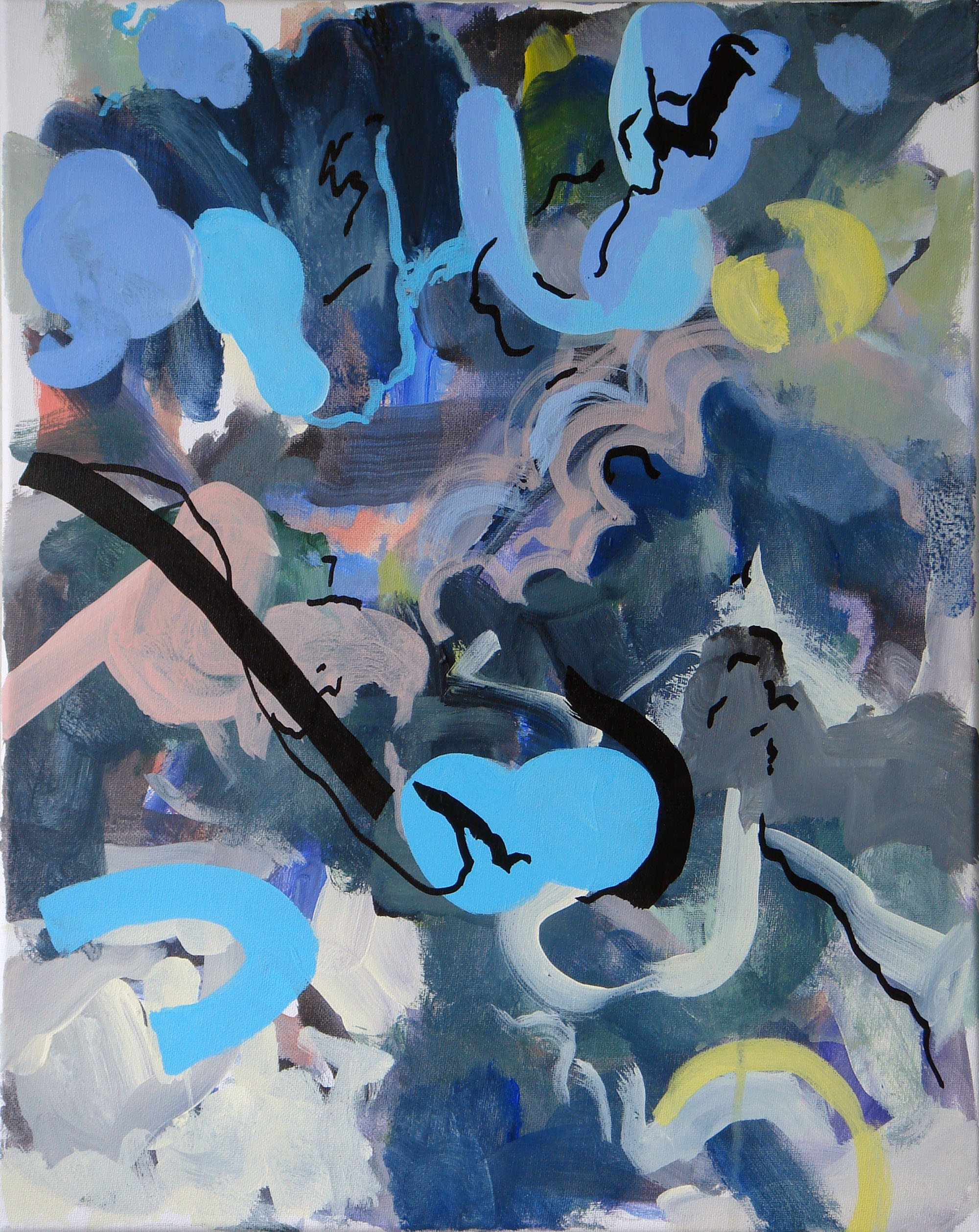