Painted in acrylic on formaldehyde-free Medite Ecologique MDF the paintings are interpretations of particular trees. The series continues a theme which harks back to at least 1985 when Jeremy Glogan first painted a broken tree at the bottom of a field in Hastings. The tree looked to him as if it was screaming. “Whenever I look at trees I see faces, faces in their bark, faces in their branches and leaves. This is known as pareidolia which is the perception of a familiar pattern where none actually exists.” The paintings will be exhibited at Peak Gallery - previously a beauty salon - on the ground floor of the Elephant and Castle shopping centre. The centre was originally opened in 1965 and is the oldest covered mall in Europe. It served its community of predominantly social housing for 54 years but is soon to be finally demolished as the new residential towers begin to crowd it out. Unlike pareidolia a familiar pattern can be perceived here that does exist – that of privately driven profit-first urban redevelopment. The trees will create a bucolic counterpoint to this contemporary urban scenario. Jeremy Glogan was born in Hendon in 1967. Brought up in Hastings he studied fine art at Camberwell School of Art and Crafts. He lives in East Dulwich and works in Catford. 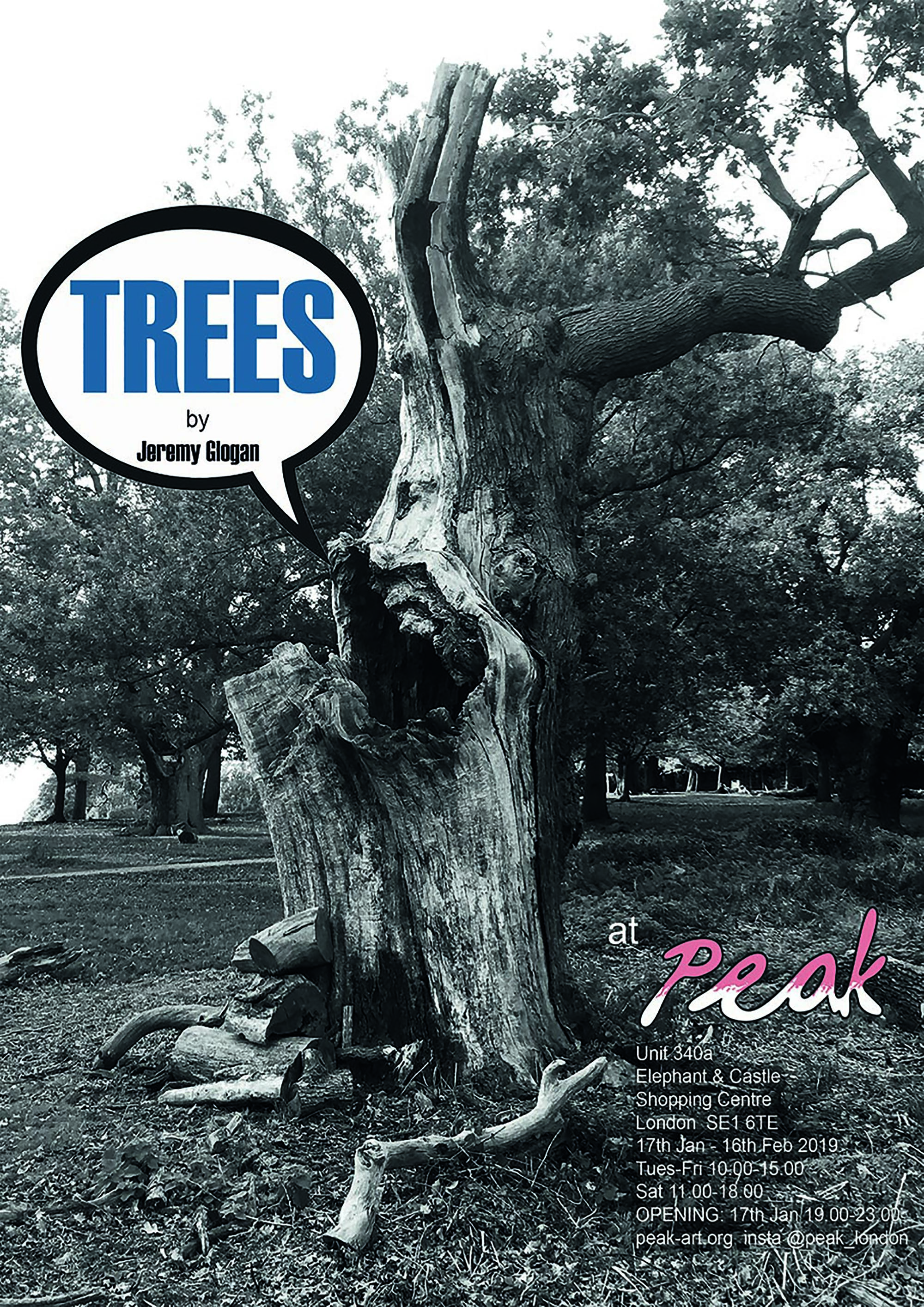