The New Distortion by Jeremy Glogan . There are the innate, uninvited forms of distortion emerging through disease and mutation which inhabit societal, psychological or corporeal spheres and can engender suffering. There is the contrived distortion of information via media channel, the distortion derived from lies and subterfuge that can create confusion, chaos and even terror. This distortion can divert us from - or conversely direct us towards - a so-called ‘truth’. A contrived distortion can, however, also hold potential for enlightenment - the overdriven signal from an electric guitar where the true clean sound of the strings turns into a corrupted, uncontrolled, exhilarating noise. Within painting exist both innate and contrived distortion. An image encountered in the world and interpreted with a brush will be a distortion of that image however faithfully it is transcribed. It is not possible for painting to circumvent distortion, the very act of processing information generates distortion. Glogan has found that within his work the content is able to thrive under the imposition of an ongoing compulsion to further distort and obscure. In this historical moment of digital near-saturation the paintings become composites of (i) the original intimate content, (ii) the digital swamp, (iii) the anachronistic paint and (iv) inspirations including Goya, Soutine, Sutherland, Victor Boullet, Jim Murray and Steve Bell. 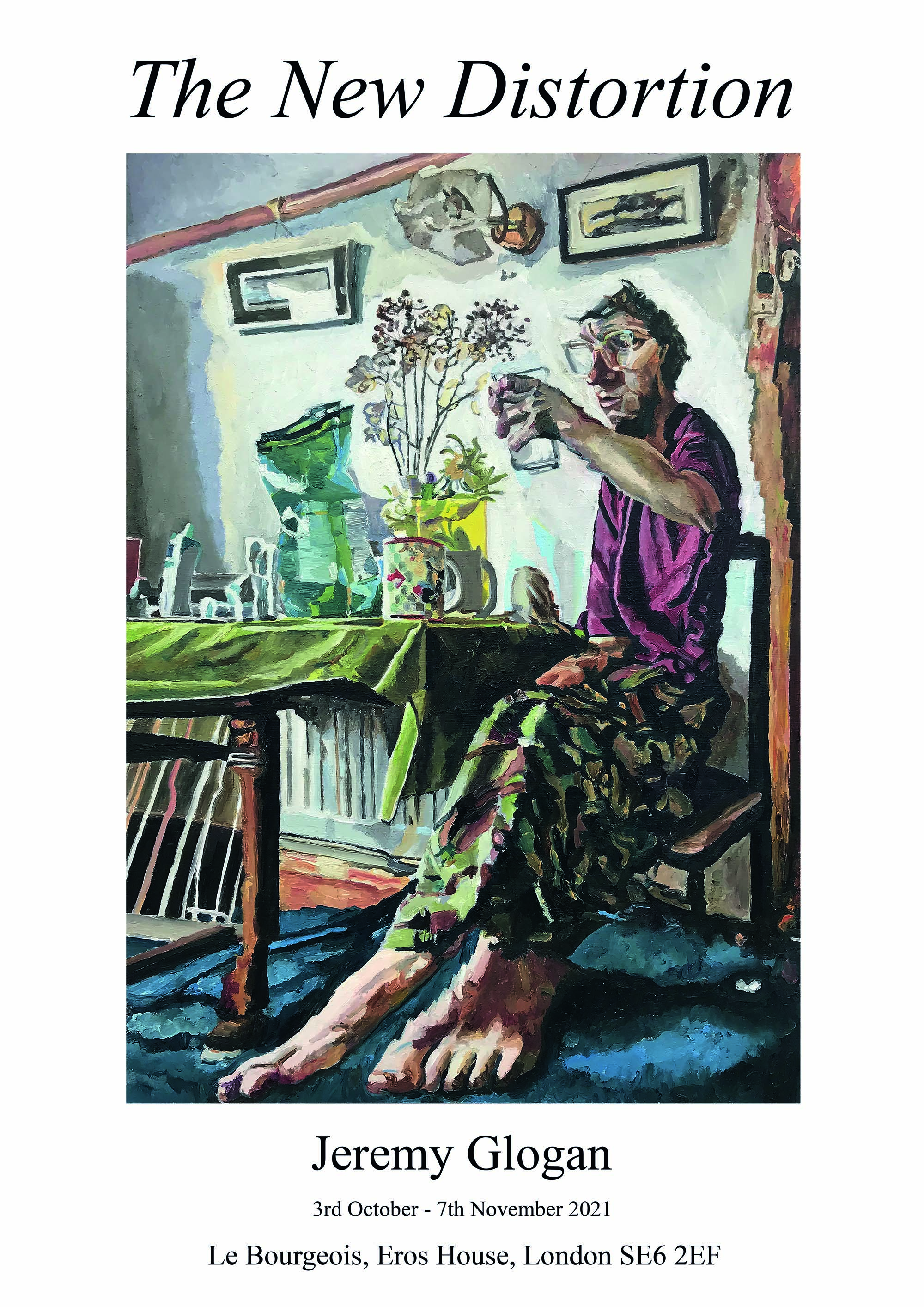